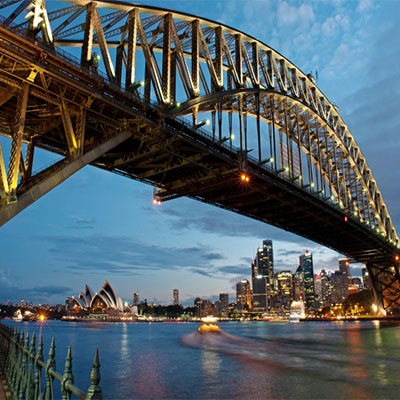 The number of Americans living abroad increases every year. Of these, many decide moving to Australia to start a new life. Australia is a desired destination not only for Americans, but also for people from Latin America and all over the world.

Australia is one of the countries with the lowest level of air pollution. It has a variety of beautiful natural ecosystems. Very friendly people, some of the best beaches in the world, excellent national parks, a multicultural society, one of the most efficient health systems in the world and a very prosperous economy, make Australia an excellent destination to live.

Most of the world’s major airlines offer flights from the United States to Australia. Flights to Melbourne, Sydney, Brisbane, Adelaide or Pert depart daily from Los Angeles, San Francisco, Dallas, among others. The most popular route is from Los Angeles to Sydney. Therefore, you should have no problem finding tickets on the travel dates that you want to move to Australia.

Changing from one culture to another can be difficult, but moving from the United States to Australia will be easier. Speaking the same language, the growing number of Americans living in Australia, among other things, will help you adapt quickly to this culture.

There are a lot of moving companies that offer international moving services, so we advise you to analyze very well before deciding on who will put your belongings. Analyze all the guarantees, since the cheapest quote will not necessarily be the best.

When you hire Orlando International Moving to make your moving to Australia, you will be assigned a personal assistant specialized in movings to Australia, who will advise you during the entire moving process.

Below you can see some of the benefits you will get when you moving to Australia with us: