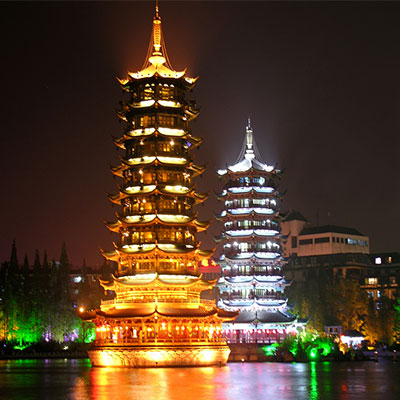 Moving to China can be a big challenge. China is the country with the largest population in the world, approximately 23% of the world population. China is a fascinating country to explore, it’s a place rich in history and culture, with many places to visit. Every time more money is invested in the country’s infrastructure.

In China, development is uneven; some cities such as Beijing, Guangzhou and Shanghai are very modern and the cultural shock is less. In these cities there are many Chinese who speak English. If you plan to move to China, in these cities you can adapt more easily, although the cost of living is relatively higher.

When you move to China, keep in mind that there are several languages, 70% of the population speaks Mandarin, while the rest speak Cantonese, Shanghaiese, Fuzhou, among other languages. Even so, English is increasingly important as a second language.

Due to its large size, China has a very varied climate. The central zone has a long, humid summer with very high temperatures, and the winters are very cold. The north has summers short and in winter it is very cold, while the south has hot summers and short winters.

Related to job opportunities, many expatriates find job opportunities as teachers, mainly to teach English as a foreign language. There are also many opportunities for people with technical or professional skills in financial areas or international marketing, but it is almost always necessary to have skills in the Chinese language.

Many international moving companies offer moving services to China, but not all offer the same benefits. It is important to compare all the benefits before deciding which company will make your moving to China.

At Orlando International Moving we assign a personal assistant specialist in moving to China, who will advise you during the entire moving process.

Among the main benefits you will get when moving to China with us, you will find: