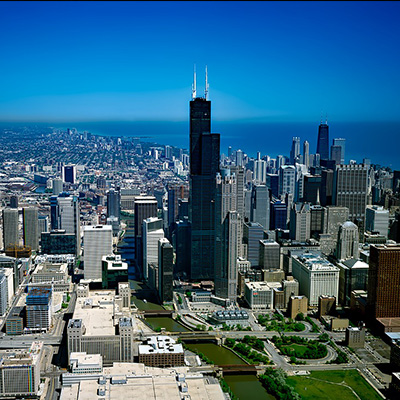 Moving to Illinois could be wonderful if you like to live in a large state with a lot of diversity. With giant cities like Chicago, Illinois offers a very peculiar climate that has the four seasons, with winter being very cold and extended until the middle of the spring. This means that depending from the city where you are moving from, you might have to adjust your wardrobe and change it for the most part. If you coming from the South, that means that you won’t be using your shorts and flip-flops as much as before, instead you’ll be wearing coats and boots.

Keep in mind that depending on the city where you moving to Illinois from, so is the cost of living. The larger the city the more expensive is the price you will pay for housing and other utilities. About transportation in Illinois, we can say that it offers a good public service of buses and trains that connect within the largest cities. The traffic can be very heavy, especially in the greater cities of Illinois such as Chicago, Aurora, Rockford City, among others. If you like diversity, moving to Illinois will enchant you, as it has many lakes, forests and national parks to offer.

Keep in mind that although Chicago is the largest city in the state of Illinois, it is not the capital. The capital of Illinois is Springfield so make no mistake!

If you want to start looking for information on how to get do a perfect move to Illinois, here at Orlando International Moving you are in the right place. We as moving experts have all the qualities and movers in Illinois, to help to answer all your questions. We rely on providing a high quality service, always informing the client about their needs and the best options when making a move.

As experts in long distance removals we know that the moving process is not an easy and can be very stressful, here we assigned you a specialized moving coordinator to Illinois who can keep track of every detail or your move. You will not have to worry about a thing, instead we are willing to serve you at all times and be always available to you.