International Moving Moving to The Netherlands 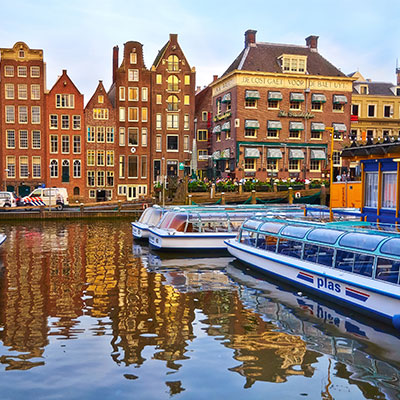 Moving to another city is always a great challenge, and if the city is in another country, the challenge is even greater. But moving to Amsterdam is different, its culture and large international community make adaptation easier. Before moving to Amsterdam, take some time to plan your move, get advice on housing, transportation system, education, employment, among others.

Undoubtedly Amsterdam is one of the best cities in the European Union to live and work. It is a beautiful city and visited by tourists from all over the world. It does not matter if you are moving from the United States, Australia, Canada, South America or from any part of Europe. When you move to Amsterdam you will feel at home.

Amsterdam offers a cosmopolitan spirit that you will hardly find anywhere else. The central Amsterdam is one of the most touristic places, also known as the red light district. Although this is one of the most visited places by tourists, not many Dutch people live there.

In Amsterdam there are many neighborhoods with totally different identities. Living anywhere around the ring of canals “Grachtengordel" is very expensive. Out of this area the prices will be lower.

An old Dutch saying says “Amsterdam is one of the greatest small cities in the world", and indeed, it is!

When you plan your moving to Amsterdam, you will probably have many concerns about which is the best international moving company to make this important move, or how much it will cost. At Orlando International Moving we will answer all your concerns, starting with a free consultation and cost estimate. We are a company specialized in international moving and we can advise you during the entire moving process.

Our headquarters in the United States and Spain, in addition to our network of agents in all cities of the world, allow us to offer services tailored to your needs with the best quality and best costs in the market.

When you hire us for your moving to Amsterdam, we assign you a personal assistant who will advise you during the entire moving process and who will keep you informed of each of the stages of the moving process.

Some of the benefits that you will get when moving with us are: