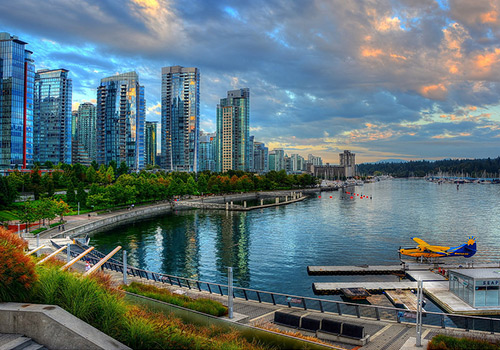 Vancouver, with a population of 600,000, is the third most populous metropolitan district in Canada. Its metropolitan population is 2.4 million. If you plan to move to Vancouver you should know that this is one of the cleanest cities in the world, where the predominant language is English.

Vancouver, the largest city in British Columbia, is located on Canada’s western coast of the Pacific. When moving to Canada, in Vancouver you can enjoy its warm and sunny summers. Its winters are the softest among the largest cities in Canada, only snow falls between 10 and 15 days a year.

The primary and secondary schools are of high educational quality and are financed by the Canadian government. The allocation of public schools will depend on where you live.

Where to live in Vancouver

When you make your international moving to Vancouver, keep in mind that this is one of the most expensive cities in Canada to live in, where the cost of housing is the highest.

In Vancouver, the best neighborhoods to live in are located in the western area of ​​downtown, being the most expensive area. If you want to find some cheaper places, you could move to more remote places like Burnaby, where you will find cheaper homes in areas such as Port Moody, Langley, Port Coquitlam, Coquitlam and Surrey.

In Vancouver you can enjoy a variety of outdoor activities and sporting events throughout the year. You will find typical restaurants of different nationalities.

If you love theater, in Vancouver you will find excellent theater companies. If you did not know, Vancouver is home to an international film festival. Now, even though Vancouver has a number of attractions, if you are a lover of the best cultural activities, we recommend you move to Toronto or travel to enjoy its attractions. Keep in mind that Vancouver in relation to climate and proximity to beaches is better than Toronto.